Signs of the PCT 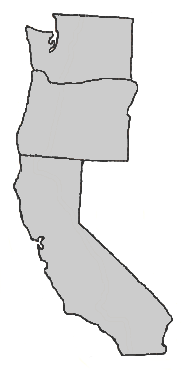 Signs of the PCT
more info enough, hide info
During my PCT hike of 2013, I took a lot of photos, like 38,683, including pictures of signs, graffiti, and notes I encountered along my way. Why? I don't know, mostly just because I could.

Below are two videos of those signs: a three-hour "movie" showing 4,267 signs and — for those people who don’t have a metric crapton of time — a condensed four-minute "trailer."

The movie includes a map that automatically updates, or you can click on the map to jump to a specific location. This same map and overlays were used for pctplanner.com, which I created in 1997.

In the videos, I’m shown holding a cardboard sign at each 100-mile increment of trail. I used that cardboard (made from my food dehydrator box) to count off trail miles and to make "clock times" for my website The Human Clock, which I started back in 2001, and which also stars a (much older) cardboard sign.


"Movie"
Music: "Ambient Sonata" by Dee Yan Kay, mixed with police scanner recordings from Hamtramck, Michigan, recorded in December 2006. (this audio concept was first done by http://youarelistening.to). You also might just want to mute it too.

Note: A few (like 10) images are slightly NSFW, but I left them in since they are part of the "PCT Experience".